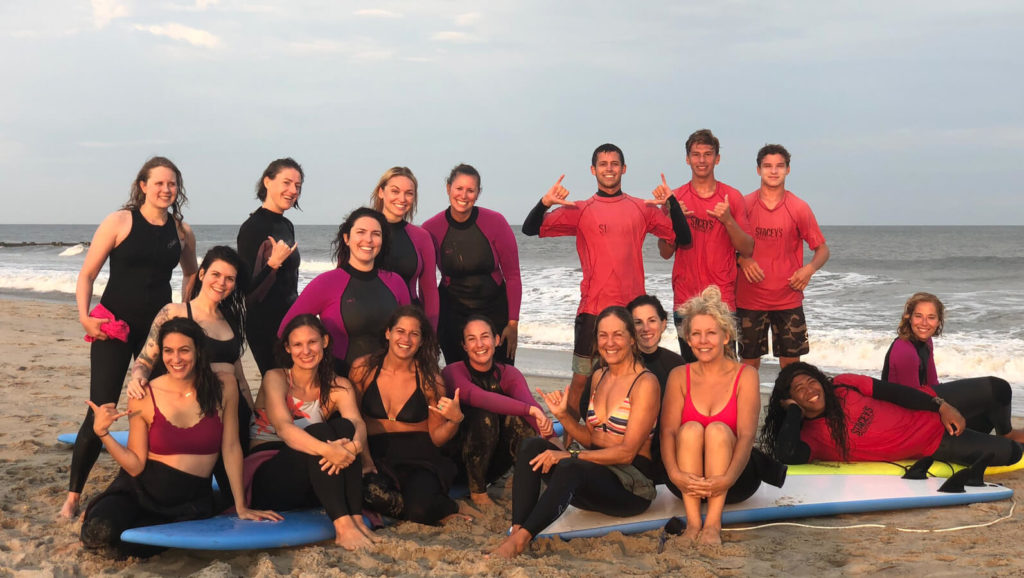 Stacey’s Surf and Paddle (www.staceysurfcamp.com) located at the Blue Water Marina is owned and operated by Stacey Marchel who is a true local with sand between her toes. She was born and raised at the Jersey Shore, in Margate New Jersey. After graduating Atlantic City High School and Philadelphia University, she moved to New York City and became a successful textile designer living the big city life but returned to her roots to raise her two boys, Spencer and Cameron.

Stacey became passionate about surfing after she took her first surf lesson with her son when she was 36 years old. Her passion for surfing quickly grew into a lifestyle and since then, Stacey has travelled to various surf destinations including Nicaragua, Costa Rica, Panama, Tortola and Mexico among others.

Stacey fulfilled her dream of introducing novice surfers to the healthy, fun and life-changing sport of surfing opening Stacey’s Surf Camp in 2008.

Surfing has taught Stacey how to overcome her fears and has given her a deeper level of appreciation for the ocean and all its power. It offers Stacey a great physical challenge and provides a spiritual happiness that she hadn’t encountered before. The lessons that she has learned in the water has better prepared her to accept and embrace lifeï¿½s waves.